Football’s Coming Home – Why England can finally go all the way, after 55 years of hurt 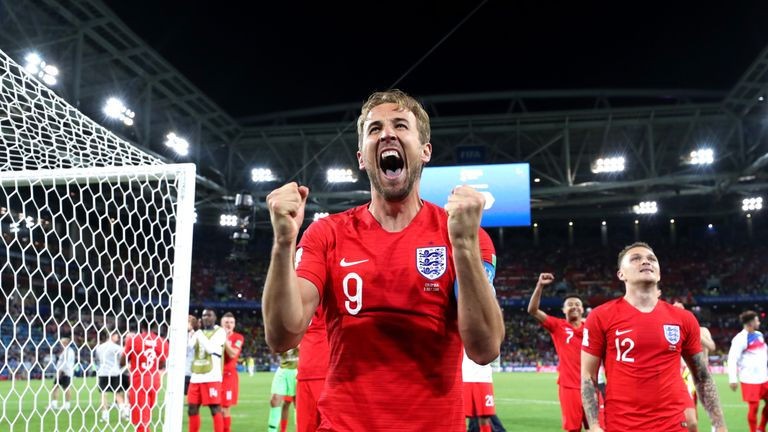 ENGLAND last won a major tournament 55 years ago, but there is genuine cause for hope that Gareth's Southgate's men can surpass their achievement of reaching a semi-final three years ago this summer.

The Three Lions have reached three semi-finals since the 1966 World Cup on home soil - at Euro 96, Italia 90 and the 2018 World Cup - and there are some key reasons for optimism this time round.

Home advantage counts for a lot, with victory against West Germany at the old Wembley Stadium and a near miss (literally) 25 years ago, as Paul Gascoigne went oh so close to securing a first ever appearance in a European Championships final.

The delayed Euro 2020 tournament is not officially a home event for England, but Harry Kane and co will play all three of their Group D games at Wembley and both semi-finals and the final will be played in England's national stadium.

If England win their group, they will meet the Group F runners-up (either France, Germany, Portugal or Hungary) at Wembley in the last 16 on June 29, with the winners of that game playing their quarter-final in Rome on July 3.

So, if Southgate's side win their group and go on to win the tournament, six of their seven games will be on home turf.

What is essentially a home tournament is a big positive for England, with much less travelling required compared to other nations in this multi-country tournament.

But it is the squad at Southgate's disposal that gives Three Lions fans the greatest cause for optimism. Not only does he have a mix of talent and experience at his disposal, but the quality of the players is widely accepted to represent a significant improvement on the side that went close in 2018.

Southgate doesn't just have talent available for his starting 11. He has at least two players for every position that can perform at the level England will need to achieve to reach the final on July 11.

Everton keeper Jordan Pickford has a highly capable understudy in Dean Henderson, and Southgate has some big decisions to make for his full back or wing back selections.

The left back or left wing back spot is a choice between Ben Chilwell and Luke Shaw and Southgate can choose between Kyle Walker, Reece James, Trent Alexander-Arnold and Kieran Trippier for a right sided full back or wing back role.

Who will start from those four players seems to be the England manager's biggest dilemma. Currently, all four are in his 33-man provisional squad, which he will trim to 26 after assessing the fitness of the Manchester City and Chelsea players following the Champions League final on Saturday.

If Southgate opts for four at the back, Walker appears to be the favourite for the right back spot, but three at the back could see Walker in a right sided centre back role and one of the other three at right wing back.

Much will depend on Southgate's favoured formation and strategy. James has had a great season with Chelsea and Alexander-Arnold showed again towards the end of the season why he is in with a shout - especially as he gives England a potent option in attack - while Walker and Trippier have both just won league titles, with City and Atletico Madrid.

Assuming Harry Maguire and John Stones are both fit, they will be in the starting 11.

For the defensive midfield positions, Southgate has Declan Rice, Kalvin Phillips and Jordan Henderson to choose from. Two of those three look set to make the starting 11 if the England manager opts for two defensive midfielders, but he will take into account fitness and all three have been affected by recent injury issues.

Mason Mount is one of the first names in the 11, assuming he is fit, and will be given an attacking midfield role behind Harry Kane.

Which just leaves the two wide attacking spots to fill, if Southgate opts for a 4-3-3 formation. Phil Foden is likely to start and Raheem Sterling is in contention for a start, but Jack Grealish is one of a number of players who Southgate knows will cause problems for opposition defences.

More than that, it is a squad full of talent - and that gives Southgate the opportunity to use up to 16 players for each game, with five subs available. The chances are that at least 15 of the 23 outfield players in the squad will get their chance to shine.

HERE'S YOUR CHANCE TO WIN A PAIR OF VIP TICKETS to watch England's Euro 2020 group game against Czech Republic on a giant screen at New Dock Hall in Leeds...

Raffle tickets for a chance to win a pair of seats for the England v Czech Republic VIP experience are only £10 each.

To be in with a chance to win a pair of VIP tickets to see the England v Czech Republic group game at New Dock Hall in Leeds, including food and entertainment, just enter the raffle by clicking here:
https://www.rclifestyle.co.uk/product/euro-2021-vip-off-site-hospitality/

To guarantee your places for England's games against Croatia, Scotland and Czech Republic (from only £99 + VAT per person per match) click here:
https://www.rclifestyle.co.uk/product/euro-2021-vip-off-site-hospitality/