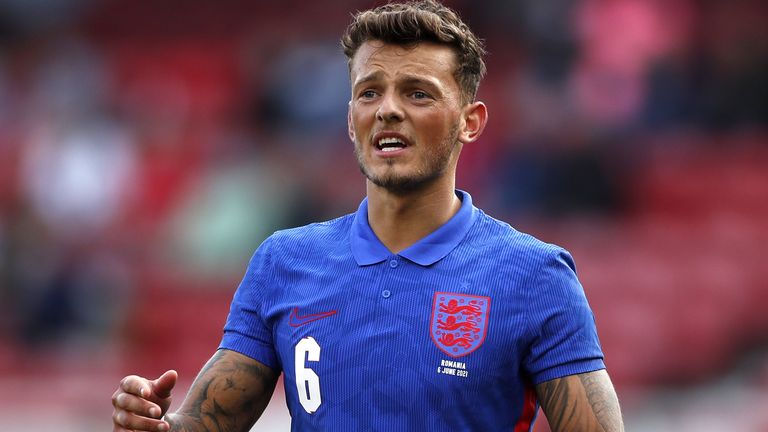 BEN WHITE has been recalled to England's Euro 2020 squad as a replacement for injured Liverpool right back Trent Alexander-Arnold.

The 23-year-old Brighton defender was selected in Gareth Southgate's 33-man provisional squad, but was one of the seven players who failed to make the cut when the England manager announced his trimmed down squad last week.

White made his England debut in a 1-0 win against Austria and impressed at the back as Southgate's men secured another 1-0 victory against Romania on Sunday.

The centre back played alongside Tyrone Mings in a back four, as a Marcus Rashford penalty and a stunning save from Sam Johnstone made it two wins in two games with makeshift sides ahead of England's first Group D game against Croatia on Sunday.

Jordan Henderson played 45 minutes after returning from injury, but saw his penalty saved.

Euro 2020 starts on Friday with a Group A clash between Turkey and Italy.

England are ranked as the 5/1 second favourites to win the tournament behind 15/2 favourites France.

If Southgate's men win Group D and France win Group F, England could face Germany or Portugal in the last 16 at Wembley, followed by a possible clash with Spain, if they emerge as Group E winners, in the quarter-finals in Rome.

The Netherlands are potential opponents for England in a Wembley semi-final and, if England go all the way to the final, France or Belgium could lie in wait as England aim for a first major tournament win in 55 years.

As for Southgate's starting 11 against Croatia on Sunday, his key decisions include who line up alongside John Stones in central defence, with Harry Maguire expected to miss out.

Mings and White are contenders, while Kyle Walker is expected to start as right back if Southgate opts for a back four, or as right sided centre back if he starts with a back three.

Luke Shaw or Ben Chilwell are the two contenders for a left back or left wing back role, while Reece James is expected to start if Southgate favours a 3-4-3 formation.