Why Euro 2020 could be the England v France tournament 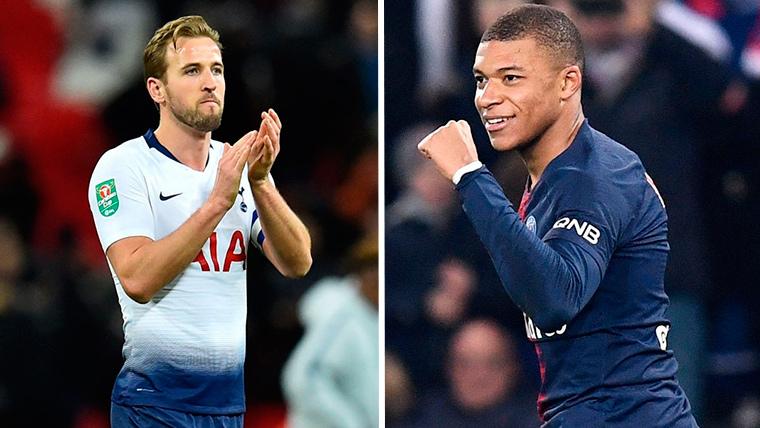 EURO 2020 could be the England v France tournament - and the performances of star strikers Harry Kane and Kylian Mbappe will have a big impact on how far each of the two nations progress.

If England win Group D and France win Group F and both sides manage to navigate their way through the last 16, quarter-finals and semi-finals, they will meet in the final.

England and France would have squared up in the World Cup final in 2018 had Gareth Southgate's men beaten Croatia in their semi-final.

France - boasting the likes of Mbappe, Antoine Griezmann, recalled Real Madrid striker Karim Benzema and N'Golo Kante, one of the stars of Chelsea's Champions League triumph - are still a European powerhouse, three years on from their World Cup triumph.

But England have some high quality new talent on display at this tournament and greater strength in depth compared to 2018, with Kane, Phil Foden and Mason Mount three of the key men in a 26-man squad that appears to have a realistic chance of reaching its first final in a major tournament for 55 years.

Southgate has a host of Champions League finalists to call on, including Chelsea's triumphant trio Mount, Reece James and Ben Chilwell and, although Mount is certain to start, the fact that James and Chilwell are just two of the players who have strong competition for starting 11 places highlights the rich pool of talent that the England manager has at his disposal.

Since winning the World Cup in 1966, England have reached four tournament semi-finals - including last four appearances at the 1968 and 1996 European Championships, although they reached the semi-final in 1968 by virtue of qualifying for the finals, which featured only four nations.

If England win Group D, they are set to face Germany or Portugal in the round of 16, followed by the potential for a quarter-final clash with Spain and a semi-final against Holland, if they win their groups.

France will meet the Group D or E runners-up in the quarter-finals if they top Group F and win their last 16 game, which could set up a rerun of their 2018 World Cup final clash against Croatia and the potential for a semi-final against Belgium or Italy.

England and France have met three times in the European Championships to date, with two draws at Euro 92 and Euro 2012 and a 2-1 win for France at Euro 2004.

The last two meetings between the nations in international friendlies have resulted in a win each, with France winning the latest encounter 3-2 in Paris four years ago, despite two Kane goals.