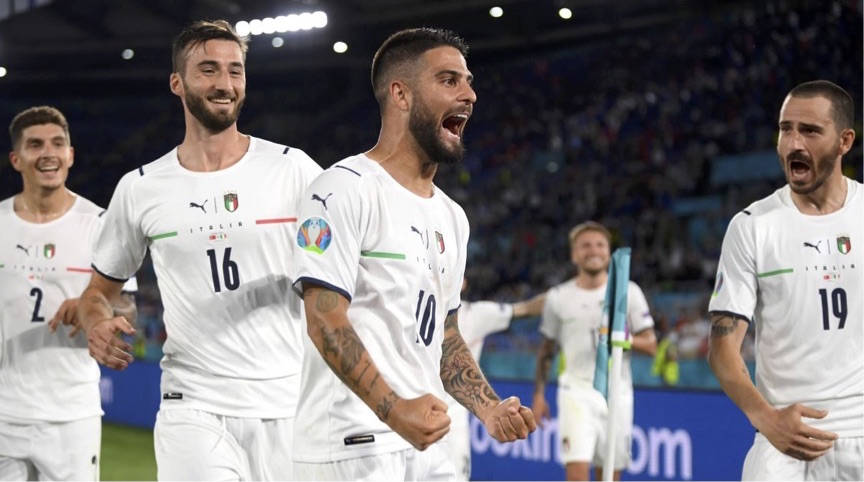 AFTER a three-year wait for a major football tournament, Euro 2020 finally got underway a year late on Friday evening - and the first of the tournament's 11 host nations to stage a game put on a memorable show in Rome to get the party started.

Andrea Bocelli's magnificent pre-match rendition of Nessun dorma stirred memories of the Italia 90 World Cup and a spectacular fireworks display set the scene - and Italy's players produced an impressive display on their return to tournament football after a five year absence.

ITALY showed the other 23 Euro 2020 teams they mean business, as they ended their five year wait to play in a tournament with a stylish and convincing 3-0 win against Turkey, thanks to a second half goal spree.

Italy's previous tournament game was just shy of five years ago, when an epic penalty shoot out against Germany in the Euro 2016 quarter-finals ended 6-5 in Germany's favour after nine penalties each.

Leonardo Bonucci was Italy's goalscorer that night as he netted a late penalty after Mesut Ozil's opener for Germany, and the 34-year-old formed an experienced centre back partnership with 36-year-old Giorgio Chiellini.

Bonucci and Chiellini - who have more than 200 caps and 997 Juventus appearances between them - helped to ensure it was a quiet night for Italy's keeper Gianluigi Donnarumma, with Turkey managing just three shots in total and nothing on target in the opening Group A game.

Chiellini's impressive late block ensured a clean sheet as a Merih Demiral own goal and strikes from Ciro Immobile and Lorenzo Insigne saw Roberto Mancini's side extend their unbeaten run to 28 games.

France are the tournament favourites, with Belgium, England and Portugal among the other serious contenders - and Italy showed on opening night that they are also in that category.