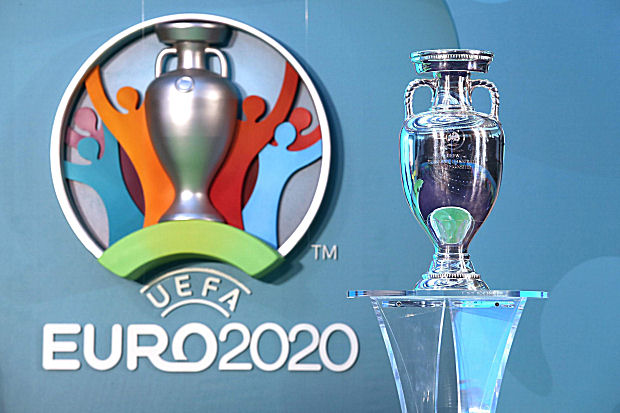 EURO 2020 finally kicks off on Friday with Italy taking on Turkey, in what will be Italy's first game at a major tournament for five years.

By late evening on Saturday, we will have had a chance to see all Group A and Group B teams in action, with Wales taking on Switzerland in Saturday's 2pm game and Belgium - one of the favourites for this tournament - meeting Russia in St Petersburg in their opening Group B game at 8pm.

England's campaign begins on Sunday against Croatia, with Scotland playing their first group game against Czech Republic on Monday.

Euro 2016 winners Portugal and pre-tournament favourites France have to wait until Tuesday for their opening Group F games, with World Cup winners France facing Germany in Munich on Tuesday evening to complete the first round of 12 games.

Group F will produce some of the most intriguing contests of the group stage and, with four of the six third placed teams qualifying for the round of 16, France, Portugal and Germany could all progress.

If England win Group D, they face the Group F runners up in the round of 16.

Sunday's Group C games will see Holland in tournament action for the first time in seven years, after they failed to qualify for Euro 2016 and the 2018 World Cup.

But who are the likely group winners? And which nation has what it takes to go all the way?

Here is how the tournament could shape up:

Group A - Italy are strong candidates to top the group while Turkey could be one to watch in the tournament, so don't be surprised to see Italy go through to the last 16 as group winners, with Turkey as runners-up and a battle between Wales and Switzerland to see if they can qualify as one of the third placed teams.

Group B - Belgium, who finished third at the World Cup three years ago, are one of the pre-tournament favourites and are the likely Group B winners. But look out for Denmark, who play all their group games in Copenhagen, as a potential Euro 2020 dark horse. Russia and Finland are two of the lowest ranked nations in the tournament, but Russia have home advantage in two of their three group games and will be hoping to edge out their neighbours for a top three spot.

Group C - The Netherlands are not expected to be contenders to win the tournament, but could top the group. Ukraine and Austria will be aiming to guarantee qualification for the knockout stage, while North Macedonia will hope to spring a surprise in the group and edge out one of the more established nations.

Group D - England are the favourites to top the group, with home advantage and a talented group of players, but Scotland have a great chance to join them in the knockout stages and won't make life easy for Gareth Southgate's men. The main threat to Scotland's chances of progressing is likely to be 2018 World Cup runners-up Croatia.

Group E - Slovakia are the rank outsiders for the tournament and are not expected to progress beyond the group stage, leaving Spain, Poland and Sweden to scrap it out. There will be few raised eyebrows if Spain edge out Poland for top spot but Robert Lewandowski's goals could propel his side to the knockout rounds, and don't rule out the Swedes to qualify with a top three finish.

Group F - The toughest group at the tournament, France will face competition for top spot from Portugal, and Germany have proved time and time again that they know how to win games at major tournaments. Don't be surprised if France win the group and Portugal join them in the knockout stage, leaving Germany to hope they will be one of the best third placed sides.

Round of 16 and quarter-finals

The knockout stage of the competition begins on June 26 and, in the top half of the draw, the Group A winners will meet the Group C runners-up, which could see a clash between Italy and Ukraine.

Group B's winners will face a third placed side from Group A, D, E or F.  That means there is the potential for a Belgium v Italy quarter-final, where the likes of Premier League winner Kevin De Bruyne and Serie A winner Romelu Lukaku will be favourites to see off Italy and secure their second tournament semi-final in succession.

The top half of the draw will also feature the Group F winners - who will meet a third placed nation in the round of 16 - followed by the runners-up from Group D and E if they win their first knockout game.

That could mean France meet the winners of Poland v Scotland in the quarter-finals and, with Kylian Mbappe, Antoine Griezmann and N'Golo Kante expected to be among the tournament's star men, it will be no surprise to see a France v Poland quarter-final.

In the other half of the draw, Group E's winners will face a third placed side from Group A, B, C or D in the round of 16, so Spain will fancy their chances of reaching the quarter-finals at least.

The Group D winner will meet the Group F runner-up in the first knockout round, which could mean England facing reigning Euros champions Portugal or old foes Germany in the last 16.

Portugal are one of the dark horses for the tournament and Cristiano Ronaldo is one of a host of their players to watch out for at Euro 2020. France are expected to win Group F, so an England v Portugal round of 16 clash is a strong possibility and will be a good test for Harry Kane, Phil Foden, Mason Mount and co.

That could set up an England v Spain quarter-final and a repeat of the Euro 96 last eight clash, which England won on penalties - and is still England's only victory in a European Championships knockout game.

The Group A and B runners-up will meet in the round of 16, which could see Turkey facing Denmark, with the winner meeting either the Group C winner or a third placed side from Group D, E or F - which could see a Holland v Denmark clash in the last eight.

With France and Belgium expected to win their groups and go on to win their round of 16 and quarter-final games, there is the mouthwatering prospect of a France v Belgium semi-final, in a repeat of the 2018 World Cup semi-final in Russia.

If England win Group D, they could face knockout games against three European powerhouses in their bid to reach their second successive tournament semi-final.

If they overcome reigning champions Portugal or Germany in the round of 16, former Euros and World Cup winners Spain could be up next in the quarter-finals, with a potential clash against previous Euros winners Holland or Denmark in the semi-finals.

Denmark could be one of the surprise packages of Euro 2020 so, while an England v Holland semi-final is a possibility, don't be too surprised if the Danes have a strong tournament.

A France v Belgium semi-final could go either way and while Belgium have the talent to reach the final, Mbappe could be the man to secure a second tournament final in a row for Les Bleus.

If England make it all the way to the final, they will have to overcome the likes of Portugal, Spain and Holland along the way but, with Mount, Foden and others supplying the ammunition for Kane, Southgate's men are capable of navigating their way to a first tournament final for 55 years.

So, a France v England final at Wembley is a possibility - giving Southgate and England's players the opportunity to become legends and secure the nation's first ever European Championships triumph.