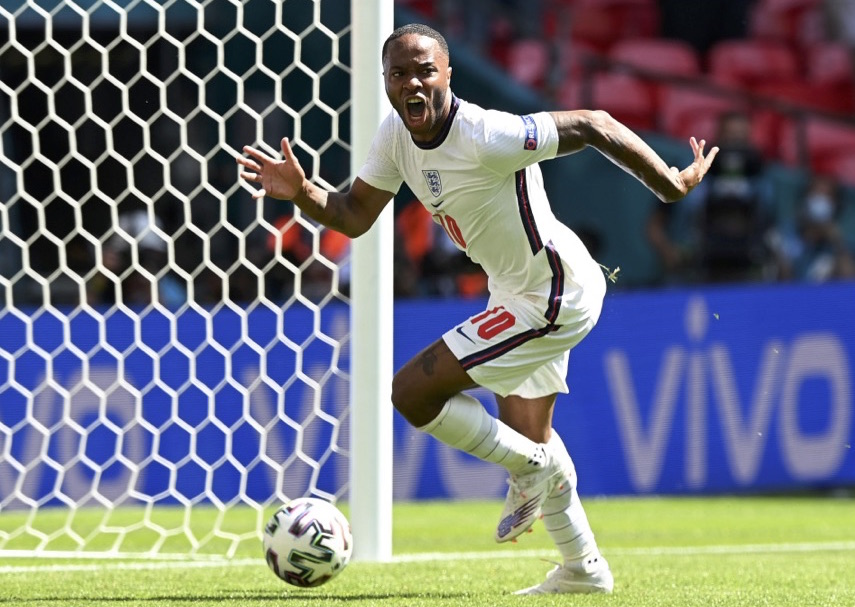 It was an accomplished display by an England team that included a number of tournament debutants, with Kalvin Phillips one of the star men in midfield and Jude Bellingham becoming the youngest ever player to appear in the European Championships – and England’s youngest ever player at a major tournament – aged 17 years and 349 days.

An England fan was seriously injured after falling from a stand at Wembley stadium just after the game kicked off.

A Wembley Stadium spokesperson said: “We can confirm that a spectator fell from the stands just after kick-off in the match between England and Croatia.

“The spectator was given on site medical attention and was then taken to hospital in a serious condition.”

The fan, who supports Aston Villa, is recovering in hospital after he fell from the front of the top tier at the stadium into the Club Wembley seats down below and broke both ankles, a femur and his pelvis.

He was attempting to put his St George’s flag on the railings just prior to kick-off before falling. Ambulance staff quickly scrambled to assist the supporter before he was transferred to hospital where he has undergone a series of operations.

Austria kicked off their Euro 2020 campaign with a 3-1 win against North Macedonia, with the Netherlands securing a dramatic 3-2 victory after they had squandered a 2-0 lead against Ukraine in the other Group C game.

Gareth Southgate went for a back four that included Kieran Trippier at left back, Kyle Walker at right back and Tyrone Mings at centre back, with a midfield three of Declan Rice, Kalvin Phillips and Mason Mount and Harry Kane, Phil Foden and Sterling as a front three.

England started well and went close when Foden’s shot took a slight deflection onto the inside of the far post.

Croatia came into the game more towards the end of the first half, but rarely troubled England’s defence. And the home nation took the lead following a forward run and through ball from the impressive Phillips, which Sterling slotted in under pressure from a defender.

Sterling has now been involved in 19 goals in his last 17 England appearances, with 13 goals and six assists, but this was his first tournament goal for his country.

The match stats hint at an even game, with two efforts on target for both sides, but England were in control for much of the contest.

Harry Kane went close to a second goal but was denied by some good defending at the far post, and a Mason Mount free-kick dipped the wrong side of the crossbar.

Marcus Rashford and Dominic Calvert-Lewin were given some game time late in the second half, while Jude Bellingham became the tournament’s youngest ever player when he replaced Kane on 82 minutes.

AUSTRIA saw off a plucky North Macedonia side, who were level until the 78th minute.

IN THEIR first tournament for seven years, the Netherlands survived a superb second half comeback by Ukraine to clinch a dramatic 3-2 win in Amsterdam.

The home side were the better team before half-time, but had to wait until seven minutes into the second half to take the lead, when Georginio Wijnaldum pounced after a save by Ukraine keeper Georgiy Bushchan, and it was 2-0 six minutes later when Denzel Dumfries set up Wout Weghorst to fire home.

Andriy Yarmolenko reduced the deficit in the 75th minute with a stunning strike into the top corner from outside of the box, and Ukraine equalised four minutes later when Roman Yaremchuk headed in Ruslan Malinovskiy’s free-kick.

But it was the Netherlands who claimed the points courtesy of an 85th minute winner. Nathan Ake crossed from the left and Dumfries headed home to give the men in orange a winning start.