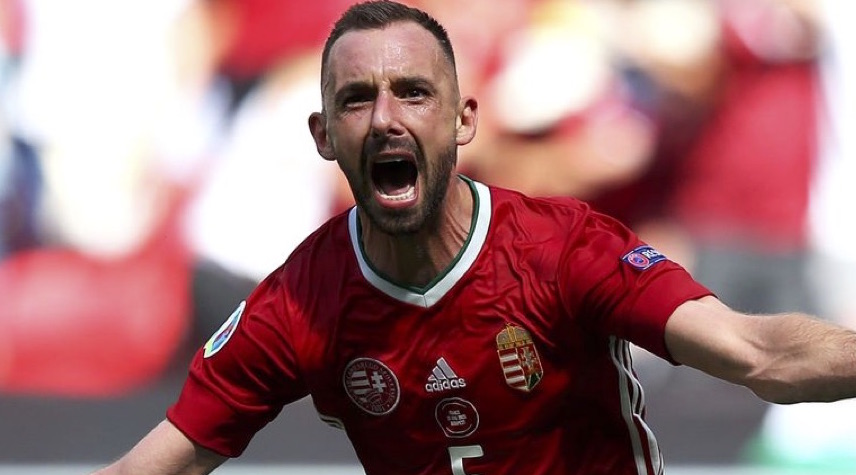 IN THE MOST entertaining day of Euro 2020 so far, Hungary shocked pre-tournament favourites France, Germany stunned Portugal in a six-goal thriller, and Poland held on for a draw to leave Spain in danger of being knocked out at the group stage.

In Group F, Hungary took the lead in front of 60,000 noisy fans, before Antoine Griezmann rescued a point for France, while Germany hit back from a goal down to beat reigning Euros champions Portugal 4-2.

Cristiano Ronaldo scored his third goal of the tournament, taking him to 107 Portugal goals and to within two of the international goalscoring record held by Iran’s Ali Daei.

Spain missed a penalty as they were held to their second draw in two games against Group E rivals Poland.

FRANCE hit back from going a goal down against Hungary to rescue a point at Budapest’s Puskas Arena.

The 2018 World Cup winners and Euro 2020 favourites were on top in the first half, but found themselves a goal down just before the break when Attila Fiola charged through the French defence and, after a one-two with Roland Sallai, he fired Hungary ahead.

As the 60,000 mostly home fans erupted in celebration, Fiola crashed into a pitchside reporter’s table as he celebrated with team mates and Hungary fans in the front row.

France substitute Ousmane Dembele hit the post after the break, before Antoine Griezmann equalised on 66 minutes. Kylian Mbappe latched onto a long kick from keeper Hugo Lloris before laying it off, with the aid of a slight deflection, for Griezmann to convert from eight yards.

Hungary held on for a draw, but not before a few nervy moments. First, France were denied a penalty after Sallai’s challenge on Presnel Kimpembe, then Raphael Varane headed wide in the closing moments.

GERMANY ended the day in second place in Group F, thanks to a stunning victory against Portugal.

Cristiano Ronaldo gave Portugal the lead in the 15th minute with his third goal of the tournament, extending his own Euros record to 12 goals and taking another step closer to becoming the all time top international goalscorer.

But two Portugal own goals in five minutes late in the first half, from Ruben Dias and then Raphael Guerreiro, saw Germany take the lead.

Robin Gosens set up Kai Havertz for Germany’s third goal six minutes into the second half, then headed in a fourth German goal on the hour, before Ronaldo set up Diogo Jota for Portugal’s second goal in the 67th minute.

SPAIN and Poland go into the final round of group games in third and fourth place in Group E after Spain’s second draw of the tournament and Poland’s first point.

Alvaro Morata gave Spain the lead from close range midway through the first half, after VAR overruled an offside decision, but Robert Lewandowski headed home an equaliser with his first goal of the tournament nine minutes into the second half.

Spain were given an opportunity to retake the lead with a controversial penalty, after a fairly innocuous challenge on Gerard Moreno had been checked on the pitchside monitor, but Moreno fired against the post and Morata failed to convert the rebound.

Ferran Torres headed wide for Spain and Morata was denied at point blank range by Poland goalkeeper Wojciech Szczesny, but Poland held on for a point.