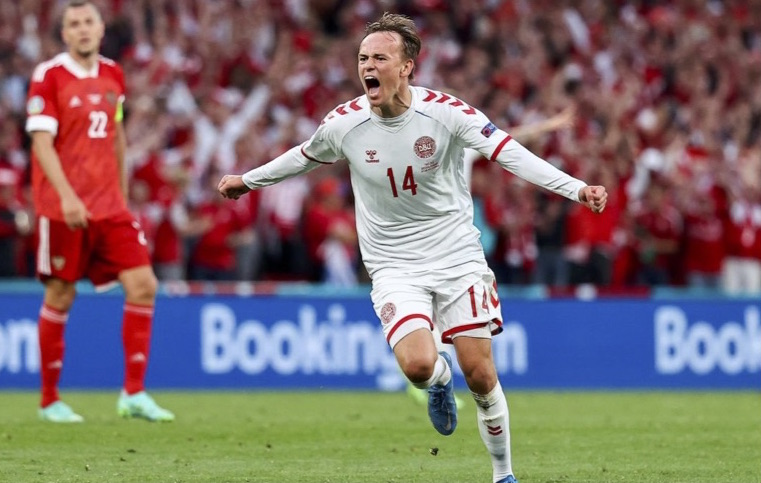 MONDAY’S results in Group B and C mean that England are guaranteed a place in the round of 16, regardless of the result of their Group D clash with Czech Republic on Tuesday.

Wins for Belgium, Denmark, the Netherlands and Austria means that the four points Gareth Southgate’s team gained from their first two games will be enough for England to qualify as one of the four best third placed sides if they fail to secure one of the top two places in their group.

Victory against Czech Republic will see England finish top of Group D and play their last 16 game against the Group F runners-up at Wembley on Tuesday next week – and will put them in the same half of the draw as Wales, Denmark and Group C winners the Netherlands.

A draw against the current Group D leaders will guarantee England second place and set up a last 16 game against the Group E runners-up in Copenhagen on Monday – and would put them in the same half of the draw as Belgium, Italy and Austria.

England could still finish in second place in Group D if they lose against Czech Republic, with Croatia and Scotland – who play each other on Tuesday – currently sitting third and fourth in Group D with a point apiece.

Scotland know that a win against Croatia on Tuesday will be enough to send them through to the last 16, but anything less than victory will see them eliminated.

Monday’s results mean that Wales will face Denmark in Amsterdam on Saturday.

WHO HAS QUALIFIED FOR THE LAST 16?

Italy, Belgium and the Netherlands are through to the last 16 as group winners and will be joined by Wales, Denmark and Austria, who qualify as Group A, B and C runners-up.

France, Switzerland, Sweden and the Czech Republic are also guaranteed places in the round of 16, but Finland and Ukraine need to wait to see if they are among the four best third placed nations.

BELGIUM secured maximum points in their three group games at a European Championship for the first time.

Roberto Martinez saw his side dominate in St Petersburg, but they were fortunate to break the deadlock in the 74th minute when a Thomas Vermaelen header hit the post and rebounded into the net off Finland keeper Lukas Hradecky’s glove.

DENMARK secured second spot in Group B on goal difference from Finland and Russia, after all three nations finished the group phase on three points.

Mikkel Damsgaard gave Denmark the lead with a superb long range strike late in the first half, and Yussuf Poulsen capitalised on on a poor back pass by Roman Zobnin to double the lead nine minutes after the break.

Artem Dzyuba got one back for Russia from the penalty spot in the 70th minute, but a brilliant long range effort from Chelsea’s Andreas Christensen restored the two goal advantage and Joakim Maehle added a fourth for the Danes.

Defeat for Russia saw them finish bottom of Group B.

THE NETHERLANDS had already secured top spot in Group C before this game – and completed a hat-trick of wins with goals from Memphis Depay and Georginio Wijnaldum.

Frank de Boer’s side took the lead in the 24th minute after a counter-attack, with Donyell Malen crossing for Depay to score.

Wijnaldum secured victory with two second half goals, on 51 and 58 minutes.

He tapped in Depay’s cross to make it 2-0, then followed up to score with another close range finish, after North Macedonia keeper Stole Dimitrievski had saved from Depay.

The Netherlands will will meet a third-placed nation from Group D, E or F on Sunday in Budapest.

AUSTRIA set up a last 16 clash with Italy at Wembley on Saturday, thanks to Christoph Baumgartner’s close range effort midway through the first half in Bucharest.

Marko Arnautovic squandered a good opportunity to double Austria’s lead before half-time, but they were able to hold on fairly comfortably in the second half to secure second place in Group C.