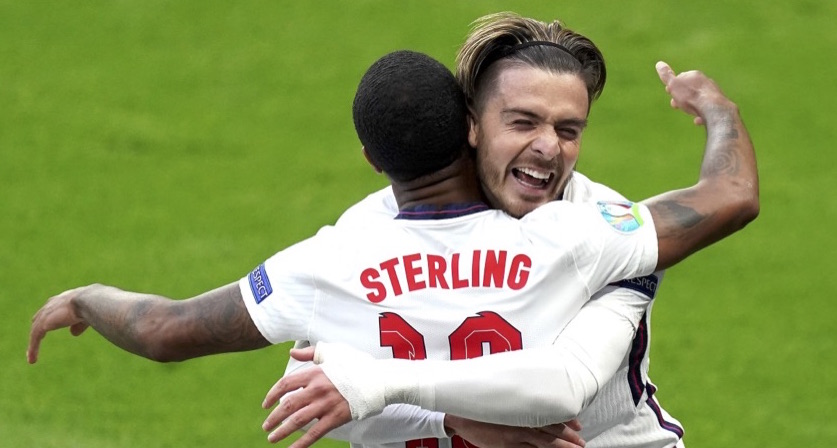 ENGLAND will meet the Group F runners-up in the round of 16 after a 1-0 win against Czech Republic on Tuesday saw them secure top spot in Group D – but Scotland are out after their 3-1 defeat against Croatia.

Two wins and a draw – with three clean sheets – was enough for England to finish on top of their group, with Raheem Sterling scoring both of England’s Group D goals.

Germany, France or Portugal are England’s likely opponents at Wembley on Tuesday and, if France beat Portugal and Germany beat Hungary in the final Group F games on Wednesday evening, England will face Germany in the last 16 in a rerun of the 1990 World Cup and Euro 96 semi-finals.

Belgium, Italy, Austria and Croatia are in the other half of the draw and will be joined by the Group F winners, which will be France if they win their last Group F game.

ENGLAND finished with a flourish at Wembley, with Raheem Sterling’s second goal of the tournament securing Gareth Southgate’s men a second 1-0 victory in Group D.

With Mason Mount in isolation and Phil Foden’s yellow card seeing him rested as a precaution, England’s line up included Jack Grealish and Bukayo Saka, with Harry Maguire and Kyle Walker starting in defence.

And the side started on the front foot, with Sterling’s chip inside two minutes clipping the outside of the far post.

Saka, Grealish and Harry Kane were all involved in England’s goal in the 12th minute.

A burst of pace from Saka set the chance up, Kane knocked the ball wide to Grealish, and he crossed from the left for Sterling to head home at the far post.

Kane is still without a Euro 2020 goal, but was denied by a first half save from Czech Republic keeper Tomas Vaclik.

England did not have it all their own way and their opponents created some chances of their own, with Jordan Pickford saving well from Tomas Holes in the first half and Tomas Soucek firing just wide late in the first half.

Jordan Henderson came on as a substitute at half-time for his first appearance at Euro 2020 and thought he had scored his first England goal late in the game, but his close range effort was ruled out for offside.

SCOTLAND needed a win at Hampden Park to progress to the last 16 but, despite scoring their first goal of the tournament, they were eventually undone by a brace of second half Croatia goals – including a wonder strike from Luka Modric.

With both sides knowing only a win would secure a place in the knockout rounds, Nikola Vlasic fired the 2018 World Cup finalists into a first half lead.

A great strike late in the first half from Callum McGregor saw Scotland go in at the break on level terms.

A superb curling effort into the far corner from the outside of Modric’s boot restored Croatia’s lead in the second half, and Ivan Perisic’s goal secured victory and earned Croatia second place in the group ahead of the Czech Republic on goals scored, with both sides advancing to the last 16.