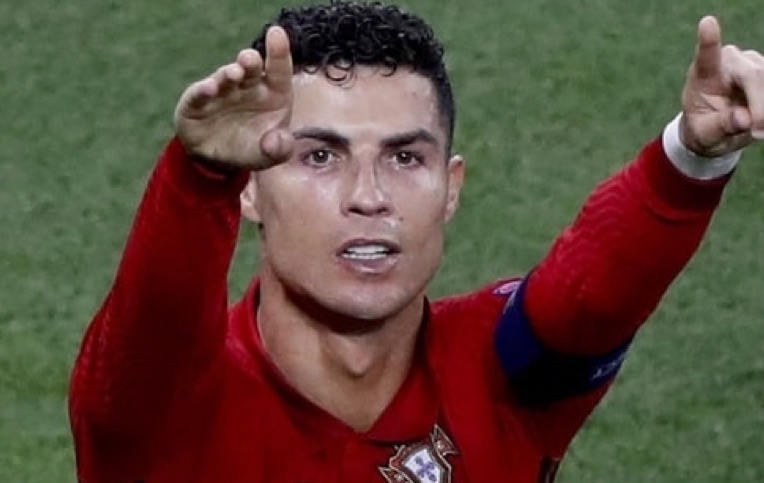 Group E winners Sweden or Ukraine will be England’s quarter-final opponents in Rome if they beat Germany, with the Netherlands, Czech Republic, Wales or Denmark the potential semi-final opponents at Wembley if England make it that far.

There were 18 goals in the final four Euro 2020 group games, with Cristiano Ronaldo’s two penalties in a 2-2 draw against France seeing him equal the record for most international goals, and take his Euro 2020 tally to five.

Earlier in the day, Sweden beat Poland 3-2 to finish top of Group E and knock Poland out of the tournament, while Spain thumped Slovakia 5-0 to secure second spot.

France finished first in Group F on five points, with Germany and Portugal going through to the last 16 in second and third place on four points each, with both Group F games finishing 2-2.

SPAIN easily beat Slovakia to finish as Group E runners up and set up a last 16 tie with Croatia.

Another own goal from Juraj Kucka completed the rout.

SWEDEN survived a Poland comeback to secure a victory which earned them top spot in Group E and sets up a last 16 game against Ukraine.

Two goals from Emil Forsberg – who broke the deadlcok after just 82 seconds – gave Sweden a 2-0 lead, but Poland fought back to level with a brace from Robert Lewandowski, who had earlier missed a sitter from close range.

GERMANY came from behind twice to avoid being elminated at the group stage, with a late equaliser knocking Hungary out.

Kai Havertz levelled from close range in the second half, but Hungary were back in front 90 seconds later with an Andras Schafer header.

At that stage, Hungary had done enough to progress to the last 16 at Germany’s expense, but substitute Leon Goretzka struck six minutes from time to rescue his side and set up a last 16 meeting with England.

TWO GOALS apiece from Cristiano Ronaldo and Karim Benzema ensured that both sides qualified for the last 16.

France were already guaranteed a place in the knockout stage of Euro 2020, but Portugal needed a second half Ronaldo penalty to avoid being eliminated.

Ronaldo scored his fourth and fifth goal of the tournament – and his 108th and 109th international goals – from the penalty spot to equal Ali Daei’s record for Iran, set between 1993 and 2006.

Euro 2020’s top scorer after the group games gave Portugal the lead from the spot in the 30th minute, before a harshly awarded penalty gave Benzema the chance to equalise just before half-time.

Another Benzema goal just after the break gave France the lead, but Ronaldo’s second penalty on the hour was enough to secure the draw and book a last 16 clash with Belgium in Seville on Sunday.