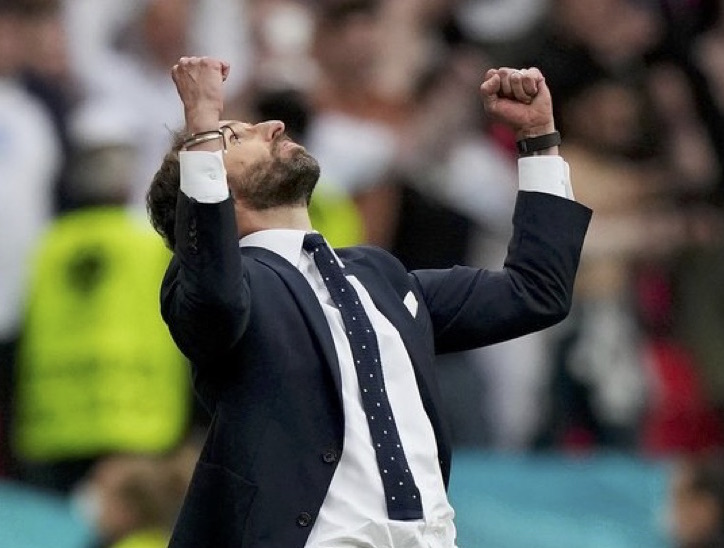 BEATING Germany is not the only reason that England are creating history under Gareth Southgate at Euro 2020.

Tuesday’s last 16 victory is only the second time England have won a knockout game at the Euros (the first was their penalty shoot out win against Spain at Euro 96) – and the first time they have won a European Championships knockout game in 90 minutes.

It is also the first time they have beaten Germany in a tournament knockout round since their World Cup triumph in 1966.

But England had already created some history during their first game at Euro 2020. Their Group D win against Croatia was the first time England have won their opening game at a European Championships.

It was England’s first victory in a competitive game against Germany at Wembley since the 1966 World Cup final, having failed to win in their previous three Wembley encounters.

And it was their first victory after four successive defeats against their old rivals in tournament knockout games (in the 1970 and 1990 World Cups, Euro 96 and the 2010 World Cup).

England aiming for another record

ENGLAND could break a tournament record for clean sheets against Ukraine on Saturday.

Victory against Germany saw them equal the Euros record set by Tuesday’s opponents at Euro 2016 of not conceding in their first four games of the tournament.

The only previous time England have kept clean sheets in their first four games at a major tournament was during the 1966 World Cup.

RAHEEM STERLING’S goal against Germany was his third at this tournament.

The only player still left in the tournament with more goals than Sterling is Czech Republic’s Patrik Schick with four – although Cristiano Ronaldo still leads the way with the five goals he scored in Portugal’s three group games.

Sterling has scored 15 goals in his last 20 appearances in all competitions for England, after a run of 27 games without scoring.

He is only the fourth England player to score three or more goals at a Euros tournament. Alan Shearer scored five at Euro 96, with Wayne Rooney scoring four and Frank Lampard scoring three at Euro 2004.

Harry Kane has now scored 30 goals for England under Southgate – and is second only to Gary Lineker as the England player to score most goals for one manager, with Lineker scoring 35 during Bobby Robson’s reign.

Only Lineker (10) and Shearer (9) have scored more goals for England in the World Cup and Euros combined.