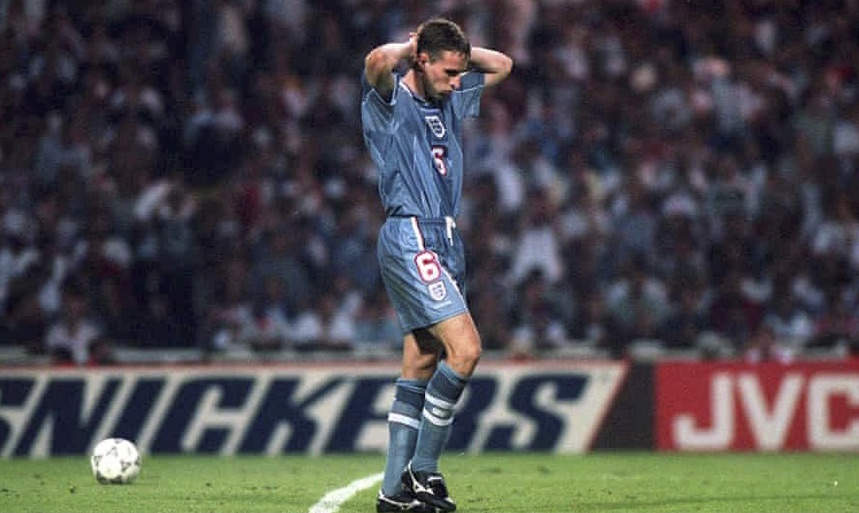 IN 149 YEARS of internationals, England have only reached one tournament final – so far.

Under Gareth Southgate, they have already reached two semi-finals at successive tournaments, and on Wednesday they have a chance to go one step further.

Victory over Denmark in the second of the Euro 2020 semi-finals will secure England their first appearance at a European Championships final.

Saturday’s 4-0 win against Ukraine booked England a third semi-final at the Euros, and a sixth tournament semi-final in total.

Prior to England’s 2-1 defeat against Croatia in the 2018 World Cup semi-finals, it had been 22 years since England had reached the last four at a tournament.

At Euro 96, a ‘golden goal’ in extra-time of their semi-final against Germany would have been enough for England to secure a Wembley final against Czech Republic.

Paul Gascoigne’s extra-time near miss was one of the defining moments of the tournament for England, but they were just as close to booking a place in the final prior to that, when Darren Anderton’s shot hit the post with the goal at his mercy.

And the Gascoigne chance might not have even materialised, if a header from a German corner had not been disallowed. Looking at the replays all these years later, it still isn’t clear why the goal was not allowed to stand.

Germany had another golden chance for a golden goal after that, but missed it, before winning the penalty shoot out after England’s current manager Gareth Southgate saw his spot kick saved.

It is the closest England have come to a Euros final to date, after reaching the last four of the 1968 European Championship by virtue of qualifying for a tournament that featured just four nations.

ENGLAND did not enter the first European Championship in 1960 – and failed to qualify for the tournament four years later.

The format was very different in the 1960s, with four nations – England, Yugoslavia, the Soviet Union and tournament hosts Italy – earning their place at the 1968 tournament by winning their groups and two-legged quarter-finals in qualifying.

England secured their place by winning a four team home nations qualifying group that included Scotland, Wales and Northern Ireland, before beating Spain 3-1 over two legs in the quarter-finals.

In the five tournaments after 1996, England reached the quarter-finals twice – in 2004 and 2012 – but were knocked out in the group stage in 2000, failed to qualify for the 2008 tournament, and were beaten against Iceland in the last 16 five years ago.

England’s record at the Euros to date: